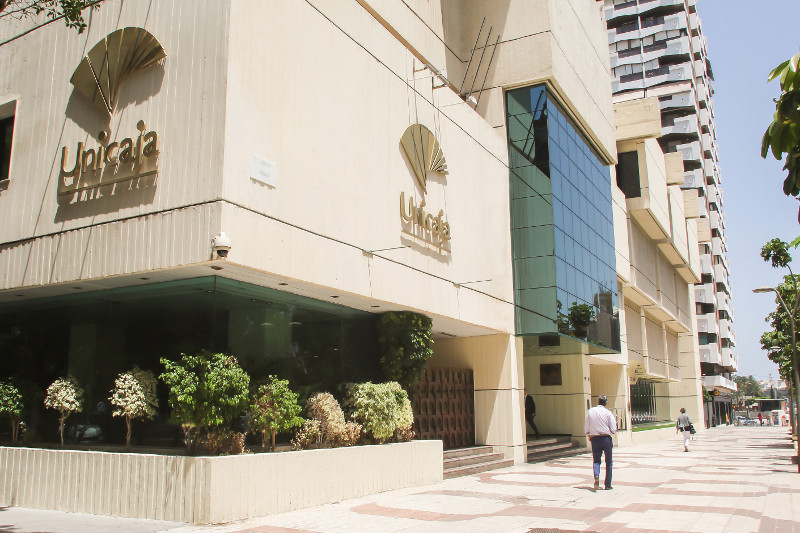 During the first half of 2018, the Group increases its profit, and it continues to improve risk indicators, while maintaining high coverage ratios, increasing its high solvency levels and preserving its financial strength.

The Group shows high solvency levels and continues to strengthen its capital base: the CET1 phase-in ratio improves by 0.8 p.p., to 15.3%, one of the highest in the sector, with an excess of 722 b.p. (equivalent to €1,724 million) over the SREP requirements for 2018.

The Group maintains a comfortable liquidity position, with net liquid assets representing a quarter of the total balance sheet.

Grupo Unicaja Banco has obtained, as at the end of the first half 2018, a net profit of €104 million, up 39.6% on the same period of the previous year, with an increase of 4.2% (+ €12 million) in the net interest income and a decrease of 3.0% in operating expenses (€9 million of positive year-on-year impact on results).

Some of the highlights of this period are: i) the improvement in the solvency levels, with the CET1 ratio standing at 15.3%, one of the highest in the sector; ii) the decrease in NPAs, with a fall of 19.6% in NPLs over the last 12 months, bringing the NPL ratio down to 7.6%, whereas foreclosed assets decrease by 27.7% in the same period; iii) the maintenance of high levels of NPL coverage (54.9%) and of foreclosed assets (63.8%), which are among the highest in the sector; iv) the rise in new lending transactions, reaching €1,804 million in the first half of the year (a growth of 42% vis-à-vis the new transactions of 2H17); and v) all of the previous has been achieved without affecting the high liquidity level, with available liquid assets discountable at the ECB which represent nearly a quarter of the total balance sheet.

In 1H18, Grupo Unicaja Banco has maintained high results generation capacity, which has enabled to reach a net profit of €104 million, resulting in a RoE of 5.5%.

The key drivers behind those high levels of result generation are: (i) a solid net interest income, which improves compared with the same period of the previous year, based on an increase in transactions which boost income and on a strong reduction in retail and wholesale funding costs; (ii) the decrease in operating expenses, within the framework of a policy to improve efficiency and to materialise synergies; (iii) the decrease in the needs for impairments (due to both the fall in NPAs volume and to the high coverage levels maintained), and (iv) the contribution of positive results from the management of non-performing assets (NPAs), whose gross balance posts a year-on-year decrease of €1,248 million.

The net interest income is up 4.2% on the first half of 2017. The margin of 2Q18 is up 3.4% on that of the same quarter of the previous year. The Group’s gross margin stands at €492 million, which, together with a 3.0% decrease in operating expenses, results in a pre-provision profit of €181 million, whereas the attributable net income amounts to €105 million.

The aggregate of the net interest income and fees reaches €411 million as at the end of 1H18, representing an increase of 2.9% with regard to the same period of the previous year and 1.4% of the total average assets. Income-generating transactions increase and funding costs decrease, enabling to outweigh the effect of low interest rates on the average profitability of lending transactions.

On the other hand, the active management of investments in the securities portfolio has allowed Grupo Unicaja Banco to get €29 million in trading income. Other operating income/expenses post a net profit of €17 million, driven mainly by the results from real estate and insurance activities. The strict policy to control and rationalize costs has resulted in a drop of €9 million in operating expenses, involving a 3.0% decrease compared with the same period of 2017.

Additionally, during 1H18, a net amount of €41 million has been allocated to provisions and other results, less than in 1H17. It has to be mentioned too that, for the third consecutive quarter, net recoveries of credit impairments have been achieved, due to the high coverage levels and to the positive evolution of NPLs.

The commercial dynamics, focused on the optimization of profitability levels, has enabled to continue to increase the business volumes, both in terms of performing loans and of loan production and retail customer funds. In this sense, it has to be highlighted, on the one hand, the growth in the balance of performing loans, excluding reverse repos, up 1.8% year-to-date, and, on the other hand, the momentum in new loan production, with transactions amounting to €1,804 million, €534 million more than in 2Q17. Customer funds with lower financial cost and which, due to their nature, provide higher customer value and income by fees, continue to grow, increasing the balance of sight accounts of the private sector (12.0% y-o-y) and of off-balance sheet products (7.1% y-o-y), which also grow vis-à-vis the end of 2017.

In relation to the growth in new lending transactions, production increases by €331 million in the corporates and SMEs sector, with a growth of 45% with regard to 4Q17. In the segment of individual customers, the production of new transactions grows by €172 million, a 36% increase over 4Q17. Of those transactions, mortgage-secured operations rise by 37% and other loans by 34%. Finally, in the first six months of 2018, new loan transactions to the public sector amount to €89 million, up 55% on 4Q17.

All of the above has made the balance of credit to customers (without valuation adjustments) to stand at €30,614 million as at end of June 2018, with performing loans (excluding reverse repos) standing at €26,369, up €461 million year-to-date.

Within the framework of the Digitalization Plan in force, the Bank has been registering a continuous growth in the number of digital customers, which represent nearly 30% of total customers. Out of the aggregate of customer transactions, 58% are currently made through e-banking channels, 29% at branches and 13% at ATMs.

The mentioned levels of capital ratios comfortably exceed the requirements set for the institution by the ECB within the framework of the SREP for 2018, which place the CET1 ratio at 8.125% and the total capital ratio at 11.625%. So, the Group, as at the end of 1H18 has an excess of 722 basis points over the CET1 requirements, equivalent to €1,724 million, and of 392 basis points over the total capital requirements, equivalent to €936 million. This reflects the institution’s high capitalization.

The available liquid assets (public debt mainly) and discountable at the ECB, net of the used assets, amount to €14,539 million as at the end of 1H18, representing 25.2% of the Group’s total balance sheet. This significant volume of liquid assets enables to manage comfortably the upcoming maturities of issuances in markets.

Additionally, Grupo Unicaja Banco maintains its high coverage levels, which are among the highest in the sector: NPA coverage stands at 58.7% as at the end of June 2018; non-performing risks coverage, at 54.9% and foreclosed assets coverage, at 63.8%. So, the balance of NPAs, net of provisions, stands at €1,697 million, what represents 2.9% of the Group’s assets as at the end of June 2018, vis-à-vis the 3.6% of the end of the previous year, with a 0.7 p.p. decrease.

Finally, the Texas ratio, which measures the percentage represented by the addition of non-performing loans plus foreclosed assets over the aggregate of i) NPLs provisions, ii) foreclosed assets provisions, and iii) capital, improves up to 65.9%. The lower this ratio is, the better balance sheet quality and solvency. In the case of Grupo Unicaja Banco, the ratio shows a decrease of 6.5 p.p. with regard to the end of 2017, and of 15.9 p.p. year-on-year, what reaffirms the Group’s balance sheet quality and solvency.

Other actions during the financial year 2018

The Annual General Meeting of Shareholders, held on 27 April, approved the common draft terms of merger by absorption of the subsidiary EspañaDuero by Unicaja Banco. This will produce synergies, improve efficiency and will result in benefits for customers, shareholders and employees, reinforcing its close relationship and commitment to the regions where it operates. The General Meeting of Shareholders also approved a large renewal of the Board of Directors of Unicaja Banco, due to end of tenures, with a structure and composition in line with the best standards of corporate governance.

Furthermore, during this half of the year, the credit rating agency Moody’s upgraded two notches Unicaja Banco’s credit rating for long-term deposits, to Baa3/Prime-3 from Ba2/Not Prime.