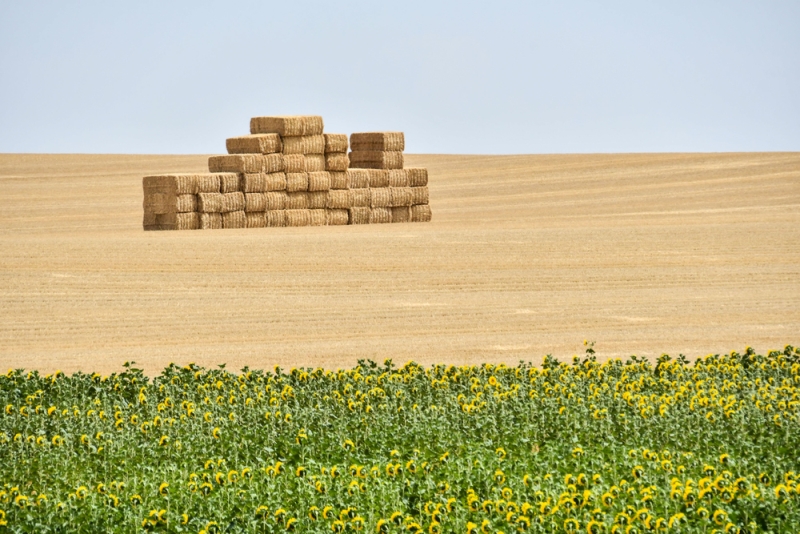 According to the said report, the estimations made by Analistas Económicos de Andalucía indicate that the Castilla y León GDP in 2020 could have recorded a decrease ranging from 10.7 to 11.1%, whereas the employment could have fallen by more than 3% in the year average. This way, the unemployment rate would stand between 12.6 and 12.9%.

The advances in the generation and distribution of COVID-19 vaccines, as well as the start of vaccination, have resulted in an improvement of the global economic prospects. However, the OECD indicates that the first months of 2021 will be marked by the existence of restrictions to activity, due to the adopted lockdown measures, social distancing and the partial closure of borders.

The OECD forecasts that, in 2021, the global economy will grow by 4.2%, after a similar decline in 2020, although its forecast is subject to a high degree of uncertainty.

Although the economic impact of the pandemic has been general, there are significant differences between countries¸ due to factors such as the virus spread, implemented containment measures and the sectorial structure. In that sense, the Spanish economy, highly dependent on tourism and activities subject to higher social interaction, will be one of the European economies to record in 2020 a higher decline in production.

According to the interim Spanish National Quarterly Accounts (Contabilidad Nacional Trimestral de España), published by the National Statistics Institute (INE), in the third quarter 2020, the GDP grew by 16.7% q-o-q, with a year-on-year fall of 8.7% (-4.3% in the Euro Zone). Both household consumption and investment increased by c.20% in the quarter, although they post a decline of over 10% compared with one year earlier. The same happens with exports, which reach a 74.3% decrease in the tourism component. From the point of view of supply, and despite the improvement observed in the third quarter, the y-o-y decrease was general, except in agriculture and within services, in public administrations and financial activities.

For the whole 2020, the Bank of Spain estimates a GDP drop of 10.7-11.6%, followed by a relatively intense recovery in the next two years, with estimated growths for 2021 ranging between 4.2 and 8.6%. This recovery will be determined by factors such as the epidemiologic evolution or the reach of the NGEU recovery package.

The latest data from the Quarterly Regional Accounts of Castilla y León, published by the Dirección General de Presupuestos y Estadística de la Junta de Castilla y León, the GDP grew by 15.8% in the third quarter, after falling by c.15% in the second quarter. The y-o-y GDP decrease has been of 5.5% (-18.8% in the previous quarter).

According to the mentioned source, the internal demand deducted 6.4 p.p. to growth, with a quarterly increase in household consumption and investment over 15%. However, in y-o-y terms, household consumption has fallen by 6.8% and investment, by 13.6%. The contribution of the external balance is now positive (0.8 p.p.) due to a decrease which has been lower in exports (-6.1%) than in imports (-6.5%).

From the point of view of supply, in the third quarter of 2020 there has been general q-o-q growth in the Gross Added Value, with the highest increases in construction (23.4%), industry (17.4%) and services (15.6%). When compared with one year before, agriculture, energy and non-market services record an increase in production, and construction and market services show a decrease of over 8%, according to the data of the Junta de Castilla y León.

With regard to the labour market, according to the latest data of the Labour Force Survey (EPA), the employment had a better performance in the third quarter of 2020, with the recovery of half the employment destroyed in the first half of the year. The employed in Castilla y León reached 970,800, with a q-o-q increase of 44,000. This figure includes those affected by furlough schemes (ERTE). The unemployment rate has grown to 12.5% (16.3% in Spain).

However, the number of people in employment decreased by 3.4% year-on-year (-3.5% in Spain), with a significant reduction among those with a temporary employment contract (-16.3%). The fall in employment is especially significant in industry (-6.0%) and, in absolute terms, in services (-22,000 employees). Construction is the only sector which has seen an increase in employment (2.5%).

The figures of employees contributing to the Social Security scheme continue to reflect the job loss if compared with the previous year, although contributions are increasing since the second half of 2020. Hospitality, industry and art and leisure activities are those with a highest y-o-y decrease, whereas health activities, education and information and communication activities, real estate and transportation registered in November more employees than in the same month of 2019.

The forecasts of Analistas Económicos de Andalucía indicate that in 2020, the Castilla y León GDP may fall between 10.7 and 11.1%. A growth of 6.4% -or 4.0% in a less favourable scenario- is expected in 2021. It should be noted that uncertainty remains high, hindering projections.