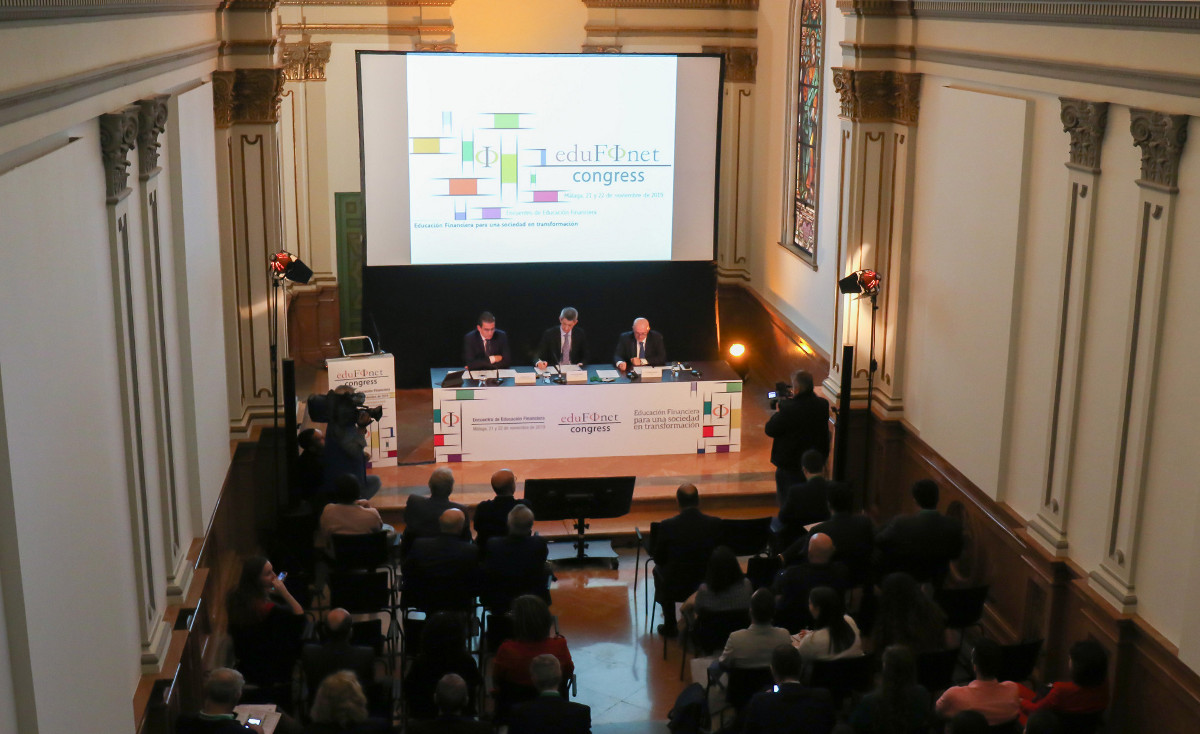 Unicaja celebrates one more year the National Financial Education Week with activities such as the presentation of a videogame, the Edufinet Congress and the seminars for Secondary Education and Baccalaureate students

The Edufinet Project joins one more year the celebration of the Financial Education Week, an initiative promoted the Bank of Spain and the National Securities Market Commission (Comisión Nacional del Mercado de Valores, CNMV). For that purpose, it will carry out some activities, such as the presentation of a financial videogame for Secondary students and of some digital games

The National Financial Education Week is an initiative currently promoted by the Bank of Spain and by the National Securities Market Commission (CNMV), through the platform ‘Finanzas para todos’, and it aims at improving the financial literacy of citizens and raising awareness of its importance in making decisions for daily life.

The activities organized by Edufinet, a pioneering initiative in Spain with 15 years of history, are addressed to all audiences, and due to the situation caused by the COVID-19 crisis, will be held remotely.

With the organization of these activities, from next Monday 5 October (Financial Education Day), Edufinet joins again this initiative promoted, for the sixth consecutive year, by the Financial Education Plan (PEF), fostered by the Bank of Spain and the CNMV.

On Monday 5 a financial videogame will be presented. The event will start at 10:30 through streaming on Edufinet Project’s YouTube channel, and will be attended by representatives of Unicaja Banco, Fundación Unicaja, Fundación Educa and Kaiju Games, company in charge of the development of this new financial education tool.

Monday also will see the start of the course ‘Making personal financial decisions’, organized by Edufinet and divided into ten sessions, with the second one taking place on Wednesday 7. This initiative will be developed during October and November, on Monday and Thursday, from 17:00 to 19:00, through Edufinet’s YouTube channel, and is open to anyone interested, prior registration by e-mail sent to contacto@edufinet.com.

The 3rd Edufinet Financial Education Congress will be presented on Tuesday 6, via streaming on YouTube, at 10:30, and will include information on the programme, topics, speakers, moderators and participants in this event, which will be held virtually from 16 to 20 November due to the situation caused by the COVID-19 crisis.

The digital financial games will be launched on 7 October on Edufinext, Edufinet’s financial education portal for young people. There will be three games with three levels of difficulty and with the possibility of choosing questions among several topics, such as the family budget, variable income, credits and loans or deposits, for instance.

The presentation of the 12th Lectures on Financial Education for Young People and of the 12th Financial Olympics will be on Thursday 8. These activities will be developed online during this school year 2020-2021, and their objective continues to be providing students with a clear view of the economic and financial world.

The live presentation of both activities will be at 18:00 on Edufinet’s YouTube channel, and it will be attended by representatives of the Edufinet Project, Unicaja Banco, Fundación Unicaja, Bank of Spain, CNMV and Funcas.

The latest edition of the Lectures on Financial Education for Young People, which had to end sooner than scheduled due to the coronavirus pandemic, reached a participation of more than 16,000 Secondary Education and Baccalaureate pupils, from over 250 centres.

Likewise, due to the situation caused by the COVID-19, the 11th Financial Olympics, the competitions for student to show what they have learnt at the Lectures on Financial Education for Young People, had to be developed fully online. The final can be watched on Edufinet Project’s YouTube channel.

Finally, on Friday 9 there will be two activities: an online seminar on financial education and sustainable finance, developed in collaboration with the Erasmus Student Network (ESN) and aimed at that group, and which will be then posted on Edufinet’s YouTube channel.

The mentioned session will have the participation as speaker of the Head of Corporate Social Responsibility at Unicaja Banco, José María López, and will deal with the 2030 Agenda and the 17 Sustainable Development Goals (SDGs), ESG (environmental, social and governance) criteria and sustainable products.

Finally, a webinar on ‘The importance of financial education’ will be organized. It will be streamed at 12:00 on Edufinet’s YouTube channel.

The Edufinet Project has been working, through an Internet portal for the general public, since 2007, although its development began in 2005. In addition to more than ten business institutions and organizations, 16 universities collaborate with this programme. All of the previous have made Unicaja, one of the first institutions to launch an initiative of this kind, to be one of the most active agents in the area of financial education and inclusion, pursuant to its Corporate Social Responsibility and its commitment to society.

The website www.edufinet.com has registered so far more than 9 million visits, with consultations and access from nearly 180 countries. The Edufinet Project has other two specific portals: one addressed to young people (Edufinext) and one addressed to business owners and entrepreneurs (Edufiemp). 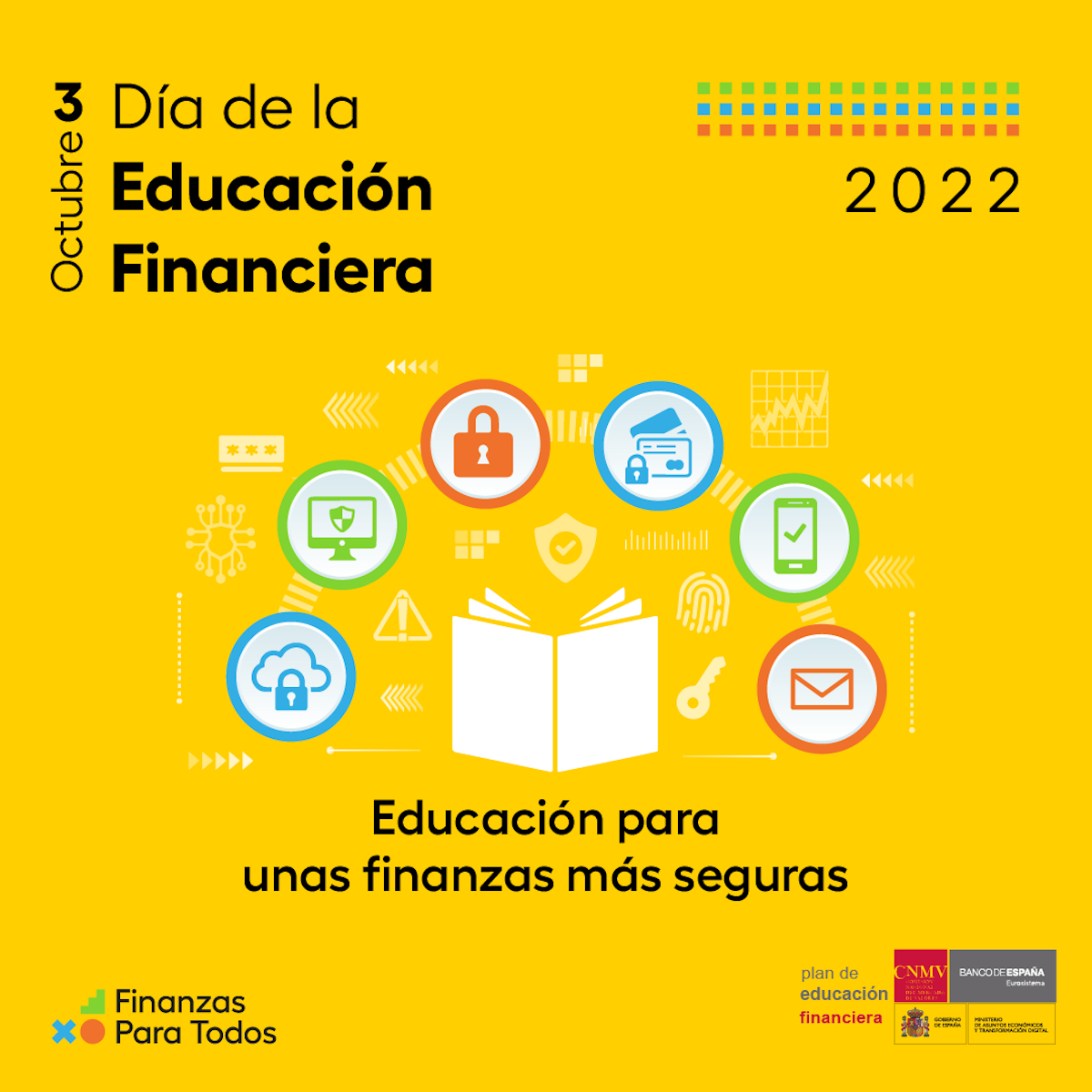 Unicaja’s Edufinet Project has organized several activities to be carried out next week on the occasion of the celebration on Monday, 3 October, of the Financial Education Day 30 SEPT. 2022
Read news 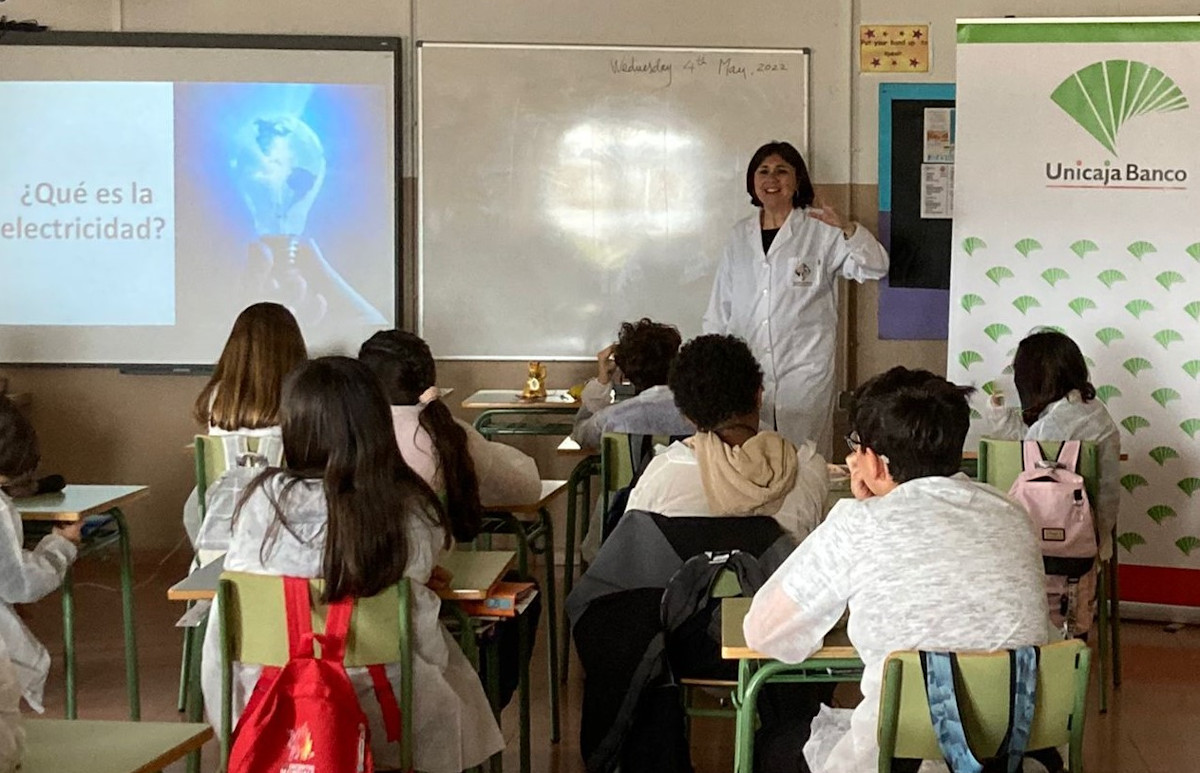