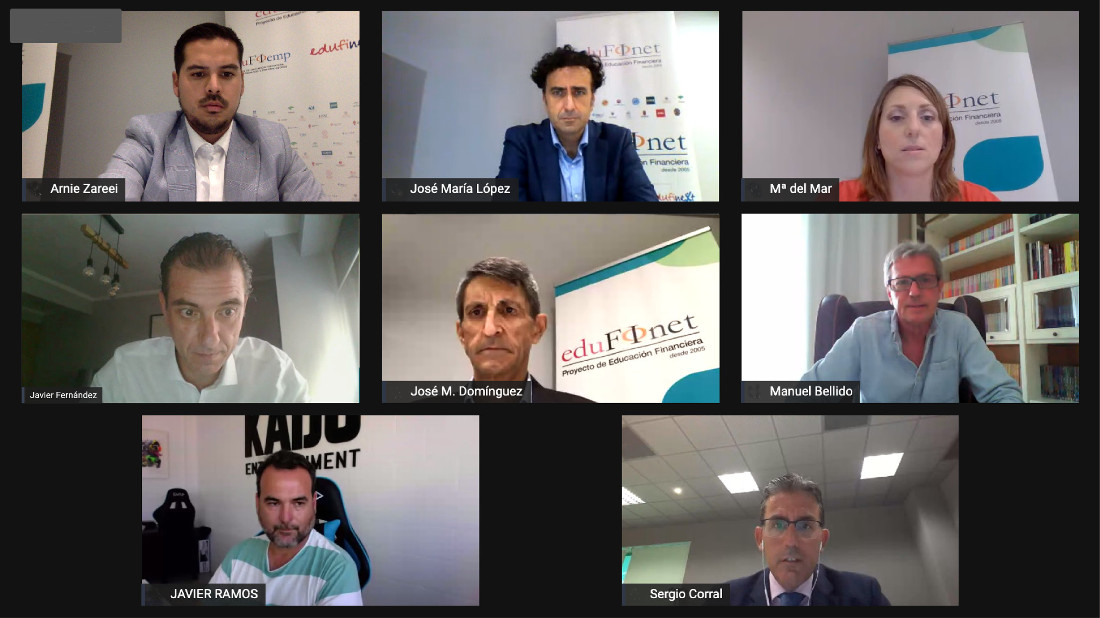 Unicaja's Edufinet Project will develop during the school year 2020-2021 a videogame for primary education students, a podcast on finance and a new edition of the Congress on Financial Education

The Edufinet Project, promoted by Unicaja Banco and Fundación Unicaja, will organize new activities during the school year 2020-2021, such as a videogame on basic financial concepts for primary education students, a podcast on financial education –using the new digital and sound formats-, and ‘Edufinet Talks’, a cycle of talks and meetings with prominent people to discuss about finance. Additionally, the third edition of the Congress on Financial Education will be organized from 16-20 November. For the first time, and due to the current situation caused by the COVID-19, the congress will be held online.

Additionally, Edufinet is working on other initiatives, such as an educational museum-library with financial contents for different audiences; a board game where players must make investments and control the budget to end the game with as much money as possible; a specific Guide on variable income, as well as the seventh edition of the Financial Guide. Edufinet’s social media profiles will be enhanced and new sections will be added to its website, with content on finance and technology, in addition to webinars broadcast on its Youtube channel.

Edufinet will continue to organize during the school year 2020-2021 the Lectures on Financial Education for Young People and the Financial Olympics, which will reach their twelfth edition. The goal of those activities, which will be held online, is to provide participants with a clear view of the world of economics and finances, adapted to the profile and needs of each group.

All of the previous has been announced at a meeting held to take stock of the actions developed during the school year 2019-2020, and where some of the scheduled activities for the next year have been presented.

The event, which was streamed live, had the participation of the Head of the Edufinet Project and General Director of General and Technical Secretariat of Unicaja Banco, José M. Domínguez; the General Manager of Fundación Unicaja, Sergio Corral; the Head of the Business Observatory for Agenda 2030 (OECA), Manuel Bellido; Javier Ramos, from Kaiju Games, and the Edufinet team coordinator in Castilla y Leon, Javier Fernández.

Lectures with over 16,000 pupils and Financial Education Congress

Regarding the activities organized during the school year about to end, special attention is to be paid to the more than 16,000 students of Secondary Education and Baccalaureate, from 250 high schools from different provinces throughout Spain, who have participated in the 11th Lectures on Financial Education for Young People. This tenth edition has been held in different high schools in Andalusia, Castilla y León, Castilla-La Mancha and Melilla. Since it was first organized, more than 108,000 students have attended this initiative.

After the lectures, it was the turn of the 11th Financial Olympics, a competition to show what had been learnt at the Lectures on Financial Education for Young People. Due to the situation caused by the COVID-19, the event was held exclusively online, with a first part consisting of a practical cased presented in a platform with a videogame format.

This event was a meeting point for the main agents involved in financial education, to discuss issues such as the challenges to improve financial literacy; the keys for the ongoing adaptation of the financial education programmes to the new realities and needs of different groups or the most appropriate strategies and design of educational programmes.

New collaborations agreements have been reached with the International Training Center for Authorities and Leaders (Cifal) Malaga, promoted by the UN, with the Spanish Conference of Faculty Deans of Economics and Business (Confede) and with the University of Valladolid and the Universidad Pontificia de Salamanca.

Furthermore, the Edufinet Project joined the celebration of the Financial Education National Week in October, organizing activities such as a film cycle on economics and finance, a financial literacy scavenger hunt and talks on finance and economics.

The Edufinet Project, an awarded pioneering programme in Spain and which reaches 15 years of history in 2020, collaborates with more than ten business institutions and organizations, as well as with 16 universities.

Its website (www.edufinet.com), which includes systematic and practical information in a question & answer format and where no previous knowledge is required to get the most of the contents, has registered so far nearly 9 million visits, with consults and access from 180 countries 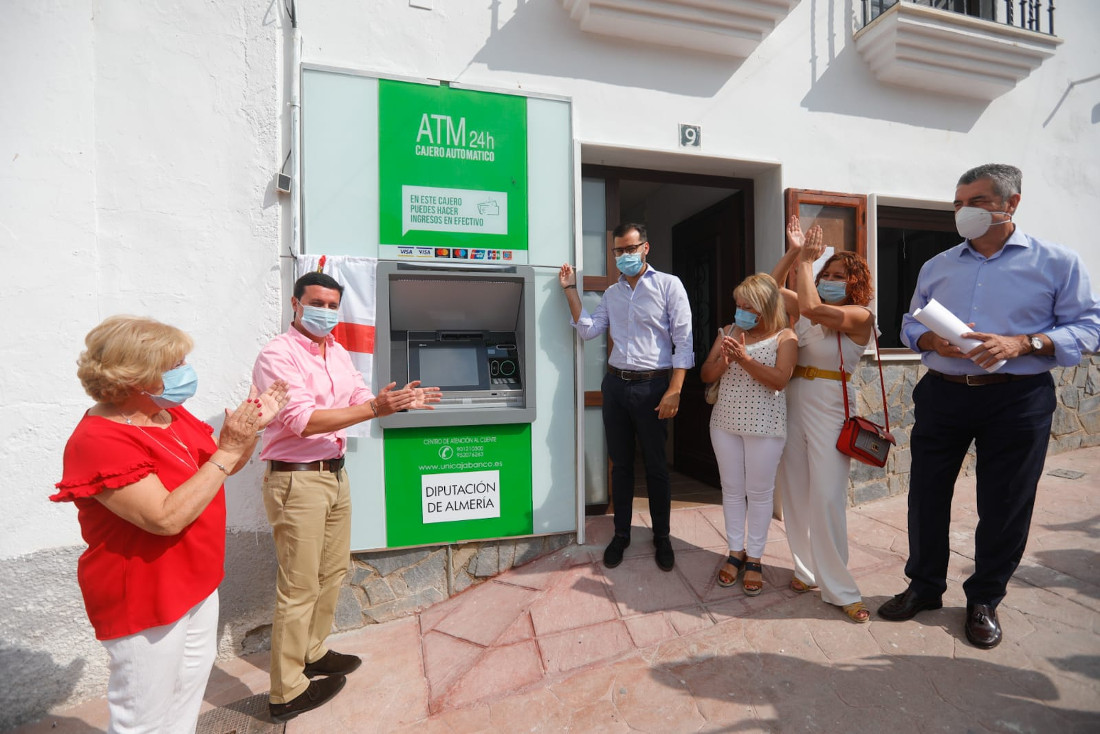 Unicaja Banco, together with Diputación de Almería, installs ATMs in villages with no bank branches to avoid financial exclusion

This initiative, which allows to avoid financial exclusion in those villages, falls within Unicaja Banco’s interest in supporting and facilitating the economic boost of Almeria and its province, where it is the bank of reference 04 AGO 2020
Read news 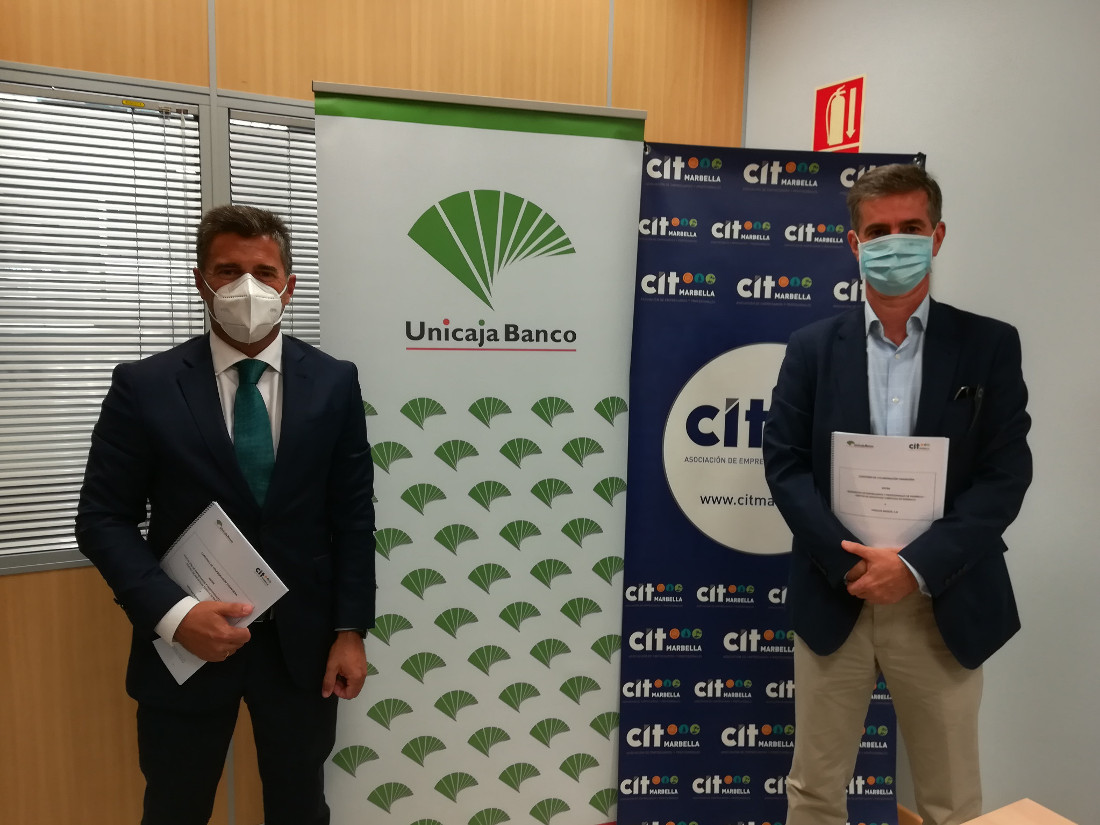 This agreement is especially remarkable nowadays, due to the effects caused by the COVID-19 on the economy, and it adds to the measures implemented by Unicaja Banco for businesses and families in order to mitigate those impacts 04 AGO 2020
Read news

Unicaja Banco has been promoting a set of measures since the beginning of the coronavirus crisis to support families, businesses and the self-employed to mitigate the effects of the crisis and to contribute to the economic reactivation 03 AGO 2020
Read news